The Hindu Hrudaysamrat Balasaheb Thackeray Maharashtra Samruddhi Mahamarg is expected to make manifold increase in Maharashtra’s contribution to the industrial growth of the country. It will also generate employment on a large scale. Maharashtra State Road Development Corporation (MSRDC), the implementing authority of the project has taken an initiative to provide skill development training so that skilled labour which will then be required is made available locally from the regions along the expressway itself.

Around 22 interchanges will be constructed along the Hindu Hrudaysamrat Balasaheb Thackeray Maharashtra Samruddhi Mahamarg and around 19 New Towns (Krushi Samruddhi Kendra) will be set up on these interchanges. MSRDC has been appointed as the New Towns Development Authority for the same. The proposed new towns will include agro-based industries, cold storages, godowns, food processing industries as well as industrial and residential areas. The new towns are expected to create large scale employment in the fields of agricultural, infrastructure, tourism, service, manufacturing, repair and maintenance and others. Considering the requirements of the new towns and expressway overall, self-employment opportunities are also expected to be created, for which, skilled human resources will be required on a large scale. On this backdrop, MSRDC has implemented a skill development training programme. The main objective of this initiative is to provide skill development training to the family members of those land owners whose lands have been acquired for the project and make them employment-ready in the future.

The construction of the Maharashtra Samruddhi Mahamarg has been divided into 16 packages. Skill development training programmes have been organised under the management of the construction packages in their respective neighbouring areas. Under this initiative, 30 candidates have completed their multi-skilled technician training managed by the construction package at Ghaigaon-Jambargaon (Ta. Vaijapur) in Aurangabad district. The trainers and notes from the syllabus were provided by MSRDC and on completion of the course, the candidates were certified from the National Skill Development Corporation (NSDC). 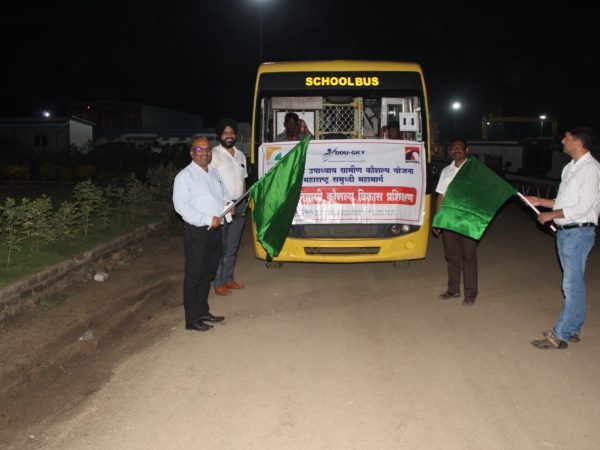 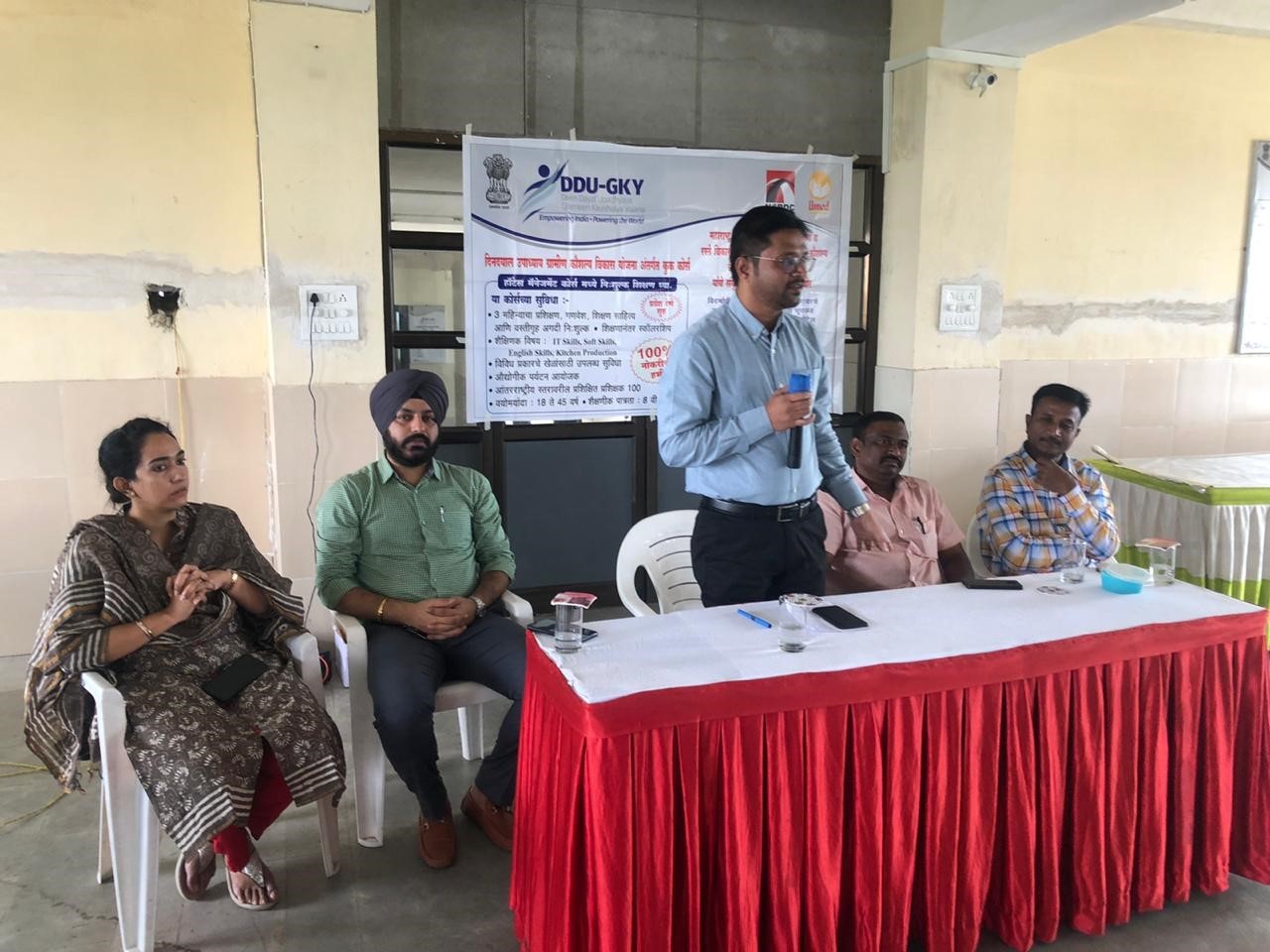 The training programme for candidates from Buldhana and Amaravati districts was inaugurated by Dinesh Geete, Deputy Collector and Administrator (New Towns)

The Corporation has received a list of registered start-ups from the Maharashtra State Innovation Society. A private organisation included in the list is being assisted to produce ink from the smoke of genset. Information about manufacturing portable cold storages in the villages neighbouring the Samruddhi Mahamarg is also being shared.

Since actual training had to be stopped owing to the current lockdown situation, the corporation has initiated registration for free of cost online training in association with renowned NGOs in the state. This initiative has seen an overwhelming response with 216 candidates registered for the same so far.. 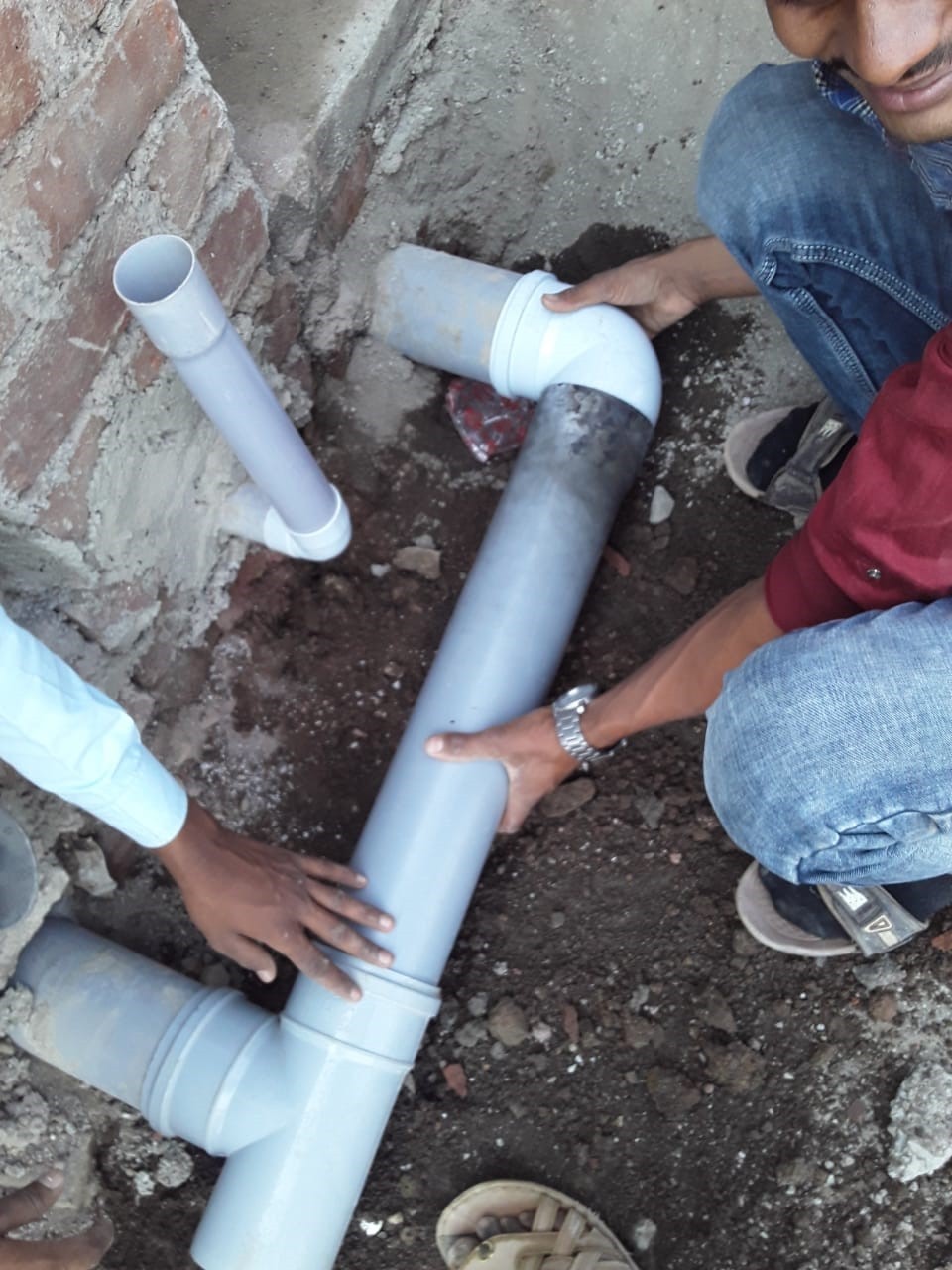 Plumber and electrician training camp was organised for the trainee candidates at Aurangabad. The camp was attended by candidates from Aurangabad, Amaravati, Washim and Buldhana districts.

Information about the number of students in the district, traditional occupations, local resources is being collected with the help of local teachers. Along with this, information of people in the age group of 18 to 45 in the areas along the Samruddhi Mahamarg is being collected in the prescribed format with the help of rural employment workers. The corporation is trying to prepare a list of all the job seekers in the village and provide them opportunities as per their qualifications.
The corporation plans to market local products of self-help groups in the proposed new towns. Information is being collected from the Project Director, District Rural Development Institutions and District Coordinator, Women Economic Development Corporation in the villages along the expressway along with their membership and production.
Information of women’s self-help groups has been collected from Amaravati, Jalana, Washim and Aurangabad districts and the work is underway in other districts as well. Planning is being done to manufacture products through self-help group in sectors like manufacturing of sports equipment, handicrafts, food and fruit processing, toys, leather goods, ayurvedic medicine, electronic goods, plastic products etc. 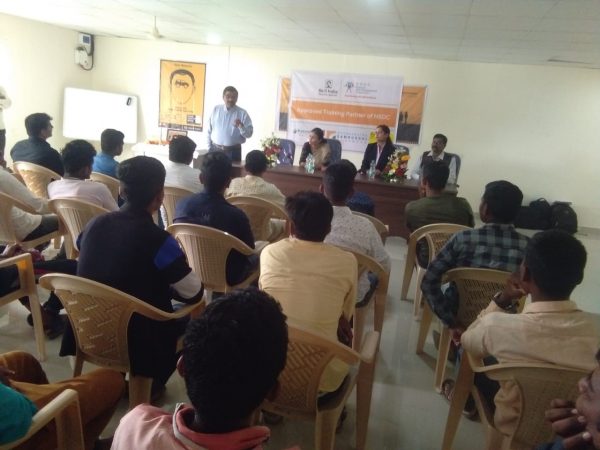 Tehsildar Vidya Munde-Kendre inaugurated the training programme on the establishment of L&T Company at Jambhala in Aurangabad district.

The Maharashtra State Road Development Corporation (MSRDC) in collaboration with MSMEs is compiling a list of micro-enterprises in the areas along the Samruddhi Mahamarg which can be set up by landowners with a low investment. Under this, project report, total cost of setting up the industry, availability of raw materials, market for manufactured goods, employment opportunities will be prepared. The main objective of the corporation is to encourage the land owners to become entrepreneurs.

Samruddhi Mahamarg will pass through 10 districts and 392 villages. Information about the number of students in the district, traditional occupations, local resources is being collected with the help of local teachers. Information from around 54 villages in Washim district have been collected and paperwork for data collection in remaining districts is in progress.